There aren't wines in your cart
Our Products
Product is not available in this quantity.

Pickleball is a great way to get active! Come as you are or in athletic attire. Pickleball paddles available for rental on-site.

Registration is open for the inaugural Halloween Costume Pickleball Tournament at Minneapolis Cider Company. This is going to be our spookiest tournament yet! Each team gets 2 complimentary cider tokens that are good for a cider of your choice at the bar. Breizh Crêperie will have their amazing fall menu available all day! There will be pickleball themed prizes for division winners as well as Best Dressed, Spookiest Team Name, and Most Fun to Play! 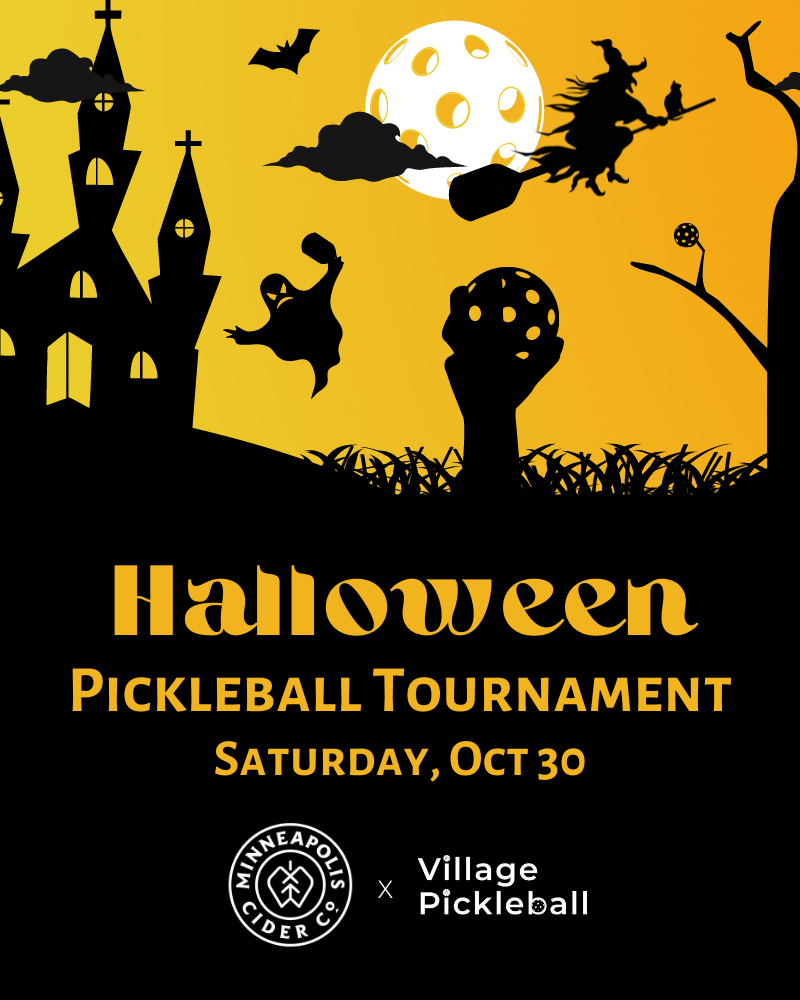 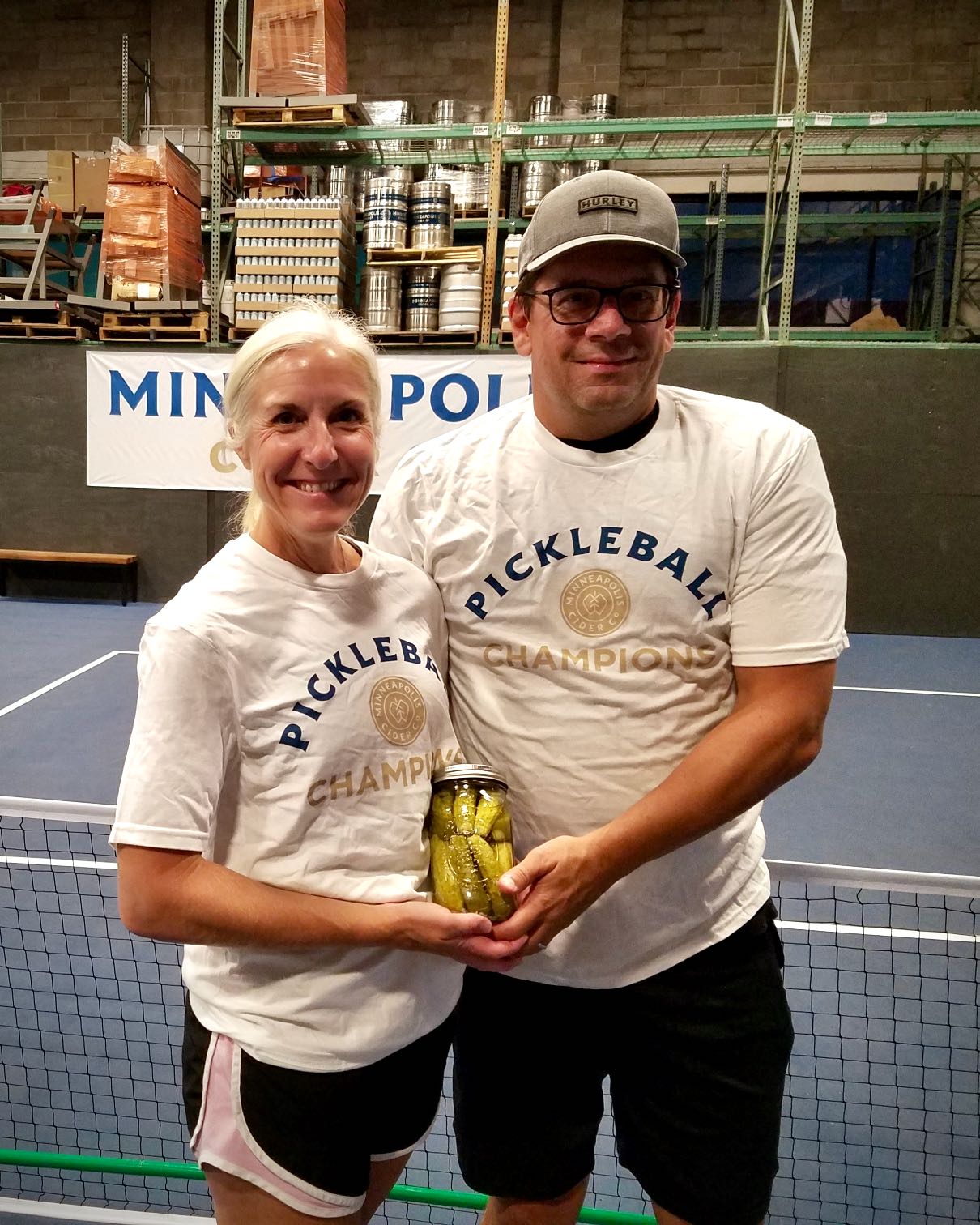 Leagues run five nights a week on our indoor courts and are available in a variety of formats, including social and competitive leagues. 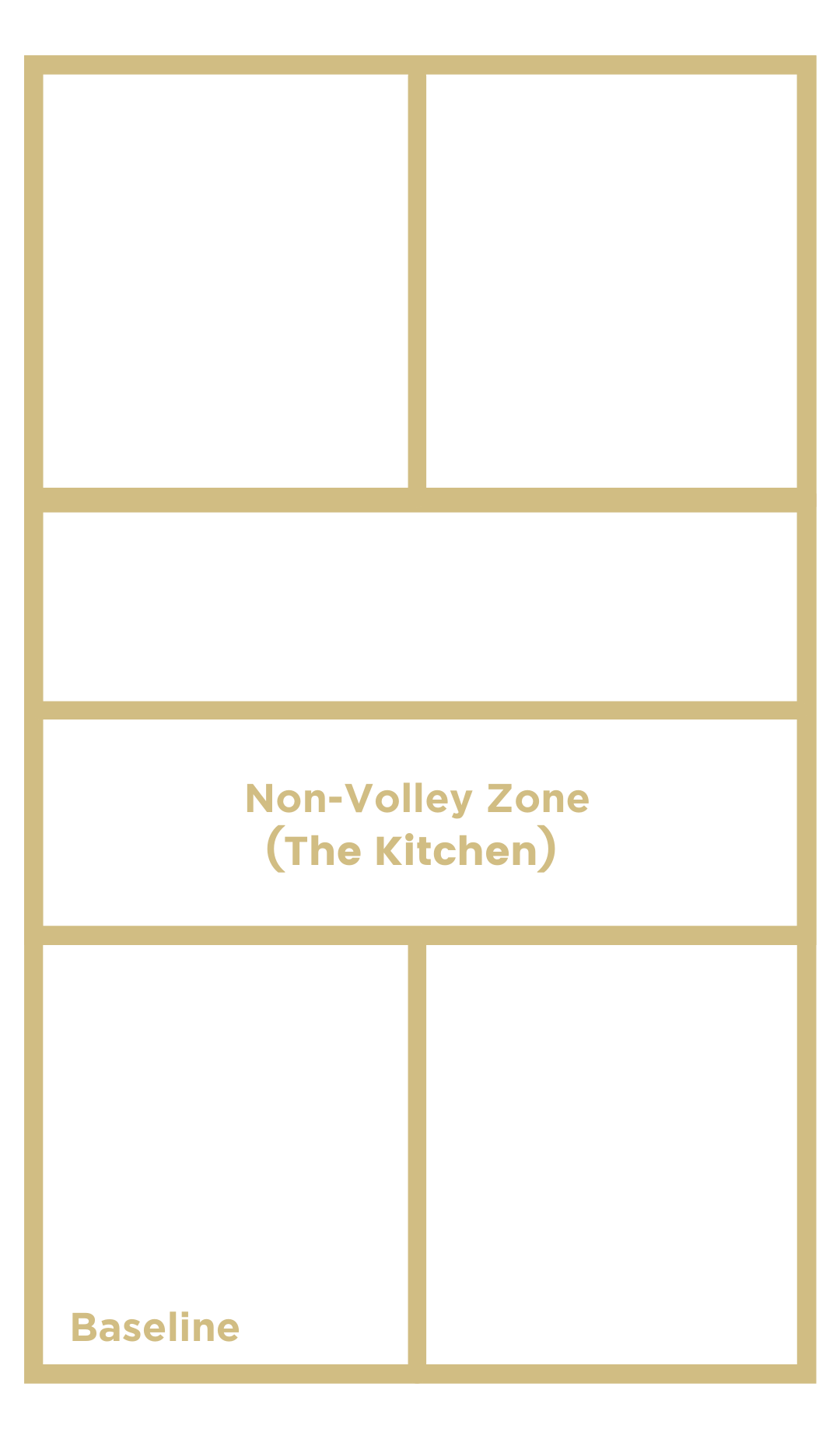 Pickleball is a sport in which two or four players use solid paddles to hit a wiffle ball over a net. Pickleball shares the dimensions and layout of a badminton court, and a net and rules similar to tennis, with a few changes..

Players must serve underhand from behind the baseline. The ball must be served cross-court, past the non-volley zone (the kitchen). The first serve is made from the right-hand side of the court, and alternates after each point. A player continues serving until their team commits a fault (hitting it into the net, out of bounds, etc.) After a lost point, the player’s partner has a turn serving before the serve is given to the opposing team. To begin the game, the serving team only gets 1 serve.

Only the serving team can score points. Games are to 11, win by 2. The score is called as a series of 3 numbers. First the scoring teams score, second the receiving teams score, lastly if the server is the first or second server on their team. Eg. 7-3-2

When returning the serve, the receiving team must let the ball bounce once (1st bounce) before hitting it back. The serving team must also let this return bounce (2nd bounce) before hitting the ball. After these two bounces, the ball can be volleyed (hit in the air) or off the bounce. A player may not hit the ball while standing inside the non-volley zone (the kitchen) unless the ball first bounces in the non-volley zone.